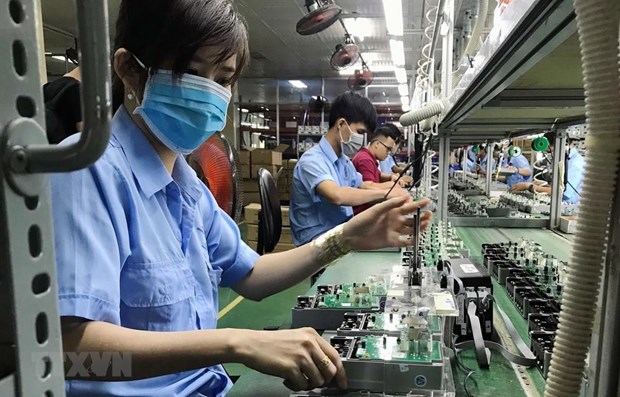 
Hanoi (VNA) – Expanding external relations has helped many localities across the country mobilise resources and assistance for their development.

So far, localities nationwide have signed 232 international agreements and mobilised over 270 million USD worth of foreign non-governmental aid.

The southern economic hub of Ho Chi Minh City, for example, has expanded international friendship and cooperation with 11 agreements signed in 2019, raising the total number of foreign localities having cooperative ties with the city to 53, according to Director of the municipal Department of External Relations Le Quang Long.

In the year, the city attracted 8 billion USD in foreign direct investment (FDI), he added.

Meanwhile, the central coastal city of Da Nang lured over 3.5 billion USD in FDI over the past 20 years and had relations with over 20 countries and territories worldwide.

The city has carried out a number of effective cooperation programmes with Lao partners as well as signed memoranda of understanding (MoU) on friendship and cooperation with five south-central provinces of Laos, namely Attapeu, Sekong, Salavan, Champasak and Savannakhet.

Additionally, more than 190 Japanese invested projects worth about 900 million USD are operating in Da Nang, focusing on the fields of processing, electronics, education, and tourism.

The northern province of Yen Bai has maintained a partnership with France’s Val-de-Marne province for 18 years.

The two sides also shared experience and skills for specialised agencies and local authorities to carry out joint projects worth tens of billions of VND, he added.

These projects play crucial role in Vietnam’s socio-economic development and the establishment of partnerships between French and Vietnamese localities with similar conditions, such as Ile-de-France region and Hanoi, Grand Lyon region and Ho Chi Minh City, and Brest and Hai Phong city.

To promote investment and cooperation in culture, education, and tourism, the northeastern province of Quang Ninh has set up partnerships and cooperation with multiple foreign localities such as Luang Prabang, Saynhabuly, Houaphan (Laos), Shizuoka (Japan), Gangwon and Jeju (the Republic of Korea), San Diego and San Francisco (the US).

The aforesaid outcomes were attributable to the Vietnamese Party and State’s promotion of a foreign policy of independence, self-reliance, multilateralisation, and diversification of external relations, as well as active integration into the international community and promoting the role and strength of localities.

Deputy Foreign Minister Bui Thanh Son affirmed that the Foreign Ministry and all Vietnamese representative agencies abroad are ready to work with localities in expanding external relations. They are also willing to help with promoting investment and trade in foreign countries, connecting with and appraising potential foreign partners and handling trade disputes./.