You are here: Home / Computer viruses causes $902 million in damage to Vietnamese users 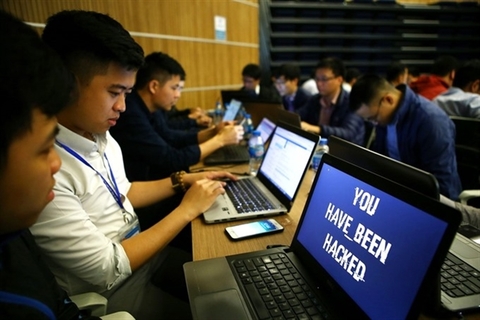 The group’s report focused on cyber security last year and forecasts for 2020.

The proliferation of computers infected with data encryption malware and advanced persistent threat (APT) malware were the main cause of these huge losses.

The total number of infected computers recorded last year reached 85.2 million, an increase of 3.5 per cent compared to 2018.

Bkav experts said the first reason was the download and installation of unknown software found floating on the internet. Eight out of 10 computers were infected with viruses when installing software downloaded from the internet.

Although the rate of virus infections via USB was still high at 55 per cent, it decreased by 22 per cent compared to 2018.

In contrast, viruses transmitted via email increased by 4 per cent compared to 2018.

Bkav statistics also pointed out that there were still 41.1 per cent of computers in Viet Nam with SMB breaches, which had been exploited by the Wanna Cry virus to infect more than 300,000 computers in just a few hours.

“These are great risks for information insecurity in Viet Nam,” said Bkav.

To prevent malware, Bkav experts recommended that users be equipped with permanent anti-virus software to scan USBs before using them, open attachments from the internet in a safe isolation environment (Safe Run) and regularly update new version for computers.

The past year also continued to witness the revelation of ransomware.

Bkav’s statistics showed that the number of computers losing data reached 1.8 million last year, up 12 per cent compared to 2018.

Not only causing great damage, data losses also delayed the operation of agencies and businesses for many days, even for a month.

Bkav experts said there was a large-scale campaign of foreign hackers attacking server computers with weak passwords in Viet Nam.

This type of attack disabled the anti-virus software because hackers gained full control of the server computers.

Strong passwords must be nine or more characters long, containing both uppercase and lowercase letters, with numbers and special characters.

The Department of Cybersecurity and High-technology Crime Prevention under the Ministry of Public Security had a working session with head of the Economic Commission of the Party Central Committee Nguyen Van Binh on Thursday.

The department also detected and handled 40 cases of disclosing State secrets via the internet, and recovered data and electronic evidence from more than 1,000 devices for police investigations.

Speaking at the meeting, Binh praised and congratulated the department on its achievements.

He also emphasised the role of the Fourth Industrial Revolution, confirming the important position of cyber security and the Department of Cyber security and High-technology Crime Prevention.

The department should promote solutions to improve the capacity and potential for cyber security and high-technology crime prevention forces, tighten relationship between forces inside and outside the police sector to ensure cyber security and prevent and combat crimes using high technology, and expand international co-operation in the fight against organised cross-border cyber crime. — VNS